When their book was published in 2002, De Haan and Nijland were thrilled.  Little did these artists from this faraway land know that their whimsical illustration project would become a much talked-about book across the Atlantic for more than a decade to come. Since 2002, attempts to ban the book have ended up in court across the nation. 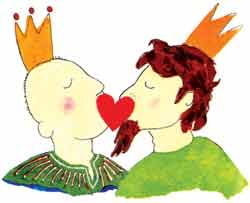