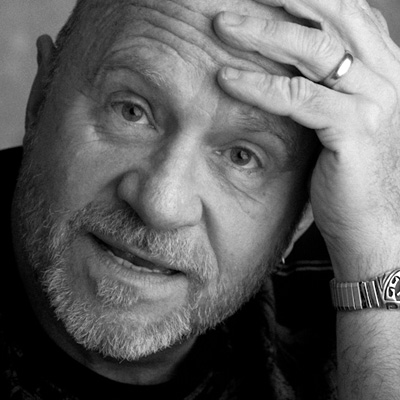 Two multi-talented musicians, Grammy winner Terry Abrahamson and songwriter/vocalist Derrick Procell have teamed up to write what they hope becomes an LGBT anthem. Catchy in tune, fun in spirit with a tongue in cheek title, HL got the scoop on the inspiration behind the song, the story behind these dynamic creators.

HL: Your song “50 Shades of Gay” speaks to the vast differences within the LGBT community, a topic that’s often largely overlooked and feels somewhat taboo. Among the community, there’s the collective pull of everyone striving to reach the same goals, of wanting to be accepted at large, yet the individuals that make up the community itself are so beautifully unique and different. What was the inspiration behind making “50 Shades of Gay”? What originally got you guys hooked onto the idea of making this song together?

Derrick Procell: Terry and I have been writing songs together for almost three years now. Of the almost three dozen songs we’ve written, quite a few of them are lyrically fueled by Terry’s acute sense of social and political events. They are some of my favorite songs. When he presents those lyrics to me, I can immediately feel the passion behind them and I strive to come up with music that will bring the message home.

Terry Abrahamson: I’d heard about the book Fifty Shades of Grey, and it immediately hit me. Homo suggests the same, but if you look at everyone in this video, I feel the variety is limited only by the length of the song and what I can show in what is intended as a family-friendly concept. The title suggests variety; it suggests a celebration…dare I say “It wrote itself?” Well, the lyrics did…the melody probably took a lot more thought…but it sure works. We wanted a celebration, an anthem, something that could touch a twelve year-old, a parent, a cop or a mime…anybody. We’re hoping this is seen and celebrated by as many straight people as by non-straight people. It’s for everyone.

HL: What is your involvement in the LGBT community?

Terry Abrahamson: For starters, I have two homes – primarily in Chicago, and secondarily in North Truro, MA on Cape Cod. Both homes are centered in communities close to the epicenter of Gay Urban life (North Halsted and Provincetown, respectively), as were my former residences in West Hollywood and Polk Street, SF, so I’ve been living in it most of my adult life. Professionally, I have been involved in theater and the music business my entire adult life, and focused on GLBT themes in my original shows, which include, but are not limited to: The New Orleans Jazz Funeral of Stella Brooks (for the 2010 Provincetown Tennessee Williams Festival), How to Bust a Bully (a traveling in-school production for the State of Illinois school system) and Kama Sutra the Musical (2006-2010), the last of which featured GLBT-skewed content and the songs “When Pussies Collide” and “Baby, Won’t You Do Me Where the Sun Don’t Shine.” I also wrote the lyrics for “The Heart of Me,” the first Lesbian Love Song in film history for the 1984 film “Jailbird Rock,” and – does this count? – co-wrote “Just Lust,” recorded by Rock & Roll Hall of Famer, Joan Jett.

Derrick Procell: My involvement in the LGBT community consists mainly of a lifelong association with musicians, actors and others in the arts in general. I must admit that I’ve mostly had the opportunity to work alongside gay and lesbian performers. I’m not sure about bi or transexual orientation as it rarely comes up in working conversations.

HL: Have you ever experienced less-than accepting attitudes within the community?

Derrick Procell: I grew up in the 50s and 60s in Milwaukee, a very large small town with somewhat conservative attitudes that reflected the times. I’ve personally witnessed the name calling and sometimes hateful homophobic taunts that were aimed at “different” people…mostly inflicted by young males and usually involving alcohol! I now live in a fairly liberal suburb of Chicago and have not witnessed any sort of less-than accepting attitudes here. My twelve year-old daughter is very aware of the issues facing the LGBT community.

HL: And how do you think we can work together to be more supportive/accepting of each other within our own community?

Terry Abrahamson: These are attitudes that are developed starting with early childhood and continuing through adolescence. After that, it’s possible to change existing behavior, but with diminishing rates of success. The best hope to achieve tolerance is through relentless messaging: billboards, TV, web, radio…the more people are exposed to what they can’t tolerate, the less foreign it becomes. Look at how ubiquitous the rainbow flag is, the pink breast cancer ribbon, they’re part of the culture, but weren’t always. Sensorial bombardment and fun, upbeat, energizing is always better, like “50 Shades of Gay.” When I shot this video, I had to capture the positivity that Derrick had exploding out of the music. I needed happy people whose personalities and comfort within their own skin came across with an undeniable spontaneity and contagion. That’s why the video works.

HL: What have you learned in the process of making / writing the song (or producing the video)?

Terry Abrahamson: We’ve been more validated than educated. We thought people would want to participate, that the pride would just burst forth. Let’s be honest about it, though. This was shot in environments that promoted pride and eroded inhibitions: Pride Week in Chicago and on Commercial Street in Provincetown; situations that encourage celebration of the GLBT lifestyle. However the individuals we shot choose to live out that lifestyle. It would’ve been a tougher vid to shoot at an NFL game or on the streets of Salt Lake City. One thing I learned was that you can capture some pretty fine video with an iPhone, which is how we shot every frame.

HL: Do you have any plans to perform the song live in the near future? If so, where?

Derrick Procell: No plans at the moment. However, I do a fair amount of live gigging around the Chicago area either leading a large society band, or solo work as a singing piano guy. I’m not sure how the song might translate to a solo situation… but it sure might be fun to pull out on an unsuspecting bar crowd some night.

Terry Abrahamson: Our intentions were to create a piece that others would seize as a powerful live performance opportunity. We’re starting to contact choirs, choruses…anyone who appreciates the unique potential this song has to rouse an audience. The dream scenario is an all-star celebration for a good cause, performed onstage at Madison Square Garden by Elton John, Melissa Etheridge, McCartney, Adele, Mick Jagger. This was never meant as a song by GLBTQs for GLBTQs. It’s a celebration of life, just like “We Shall Overcome;” we can all be the performers, we can all be the benefactors as well as the beneficiaries. But honestly, and this just hit me last week: it belongs with The Village People.

HL: Lastly, is there anything the HL community can do to help support you guys and get this song out there? 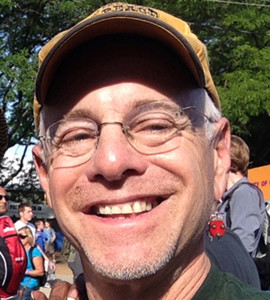 t, share it, get it out to schools. I have psychologist friends who play the video for their LGBTQ clientsas a self-esteem builder. We’ve gotten encouragement and big thank yous from people all over the world,and we know it has all the power we hoped it would have. It’s happy, it’s healing, it’s a big hooray!Get every choir and chorus and church group – gay, straight, and as the song says, “everyone in between” – to perform it.And if you can get it to Elton John, well we owe you a drink. Make it a pitcher of Cosmos.

Derrick Procell: You’re already helping to support us by your interest in the song and video. As I was quoted in the Huffington Post article, we’d just love the song to get covered by a popular artist who might be able to bring the message into the mainstream. I believe it’s a message that needs to be heard. And, although I’ve seen some naysayers regarding the title of the song being cribbed from a straight B&D novel as not worthy of being an LGBT anthem, the fact that Terry latched onto a very popular title only helps to bring it the attention it deserves. Nothin’ wrong with using something familiar if it gets the job done.