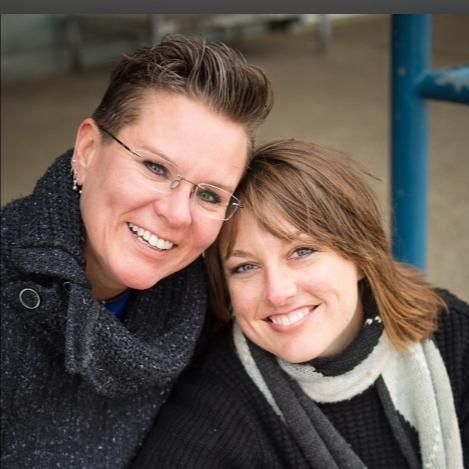 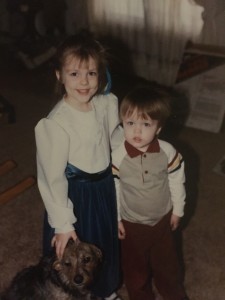 Growing up I didn’t play with Barbie.  I played with GI Joe.  The oldest of five kids and as the only girl, my mom tried to get me to wear a dress to church but I protested.  We compromised by wearing a long skirt instead.

I was raised Mormon, attended church on Sunday, seminary (similar to bible study) in the mornings before school and additional youth events which included temple trips.

When I was fifteen, my life as I now know it began.  It started when my parents “outed” me by asking if I had a girlfriend.  I said yes, was forced to see a therapist, told by the Mormon church that if I “didn’t change my ways, I would be excommunicated from the church.”   They said I (a fifteen year old kid) would be the reason that my family wouldn’t be together in heaven; all because of my “sexual preference.”  I didn’t know it at the time but that moment pronounced my way forward in the world.

Six months later, at fifteen and a half, I moved out of my parents house and in with a couple family friends.  At sixteen, I paid my own rent. I moved in with my girlfriend at the time which was the first time in my life I could truly be myself.  While my relationship with my girlfriend freed me, my relationship with my family was strained and distant.

At eighteen, I was managing my own pizza store of a major franchise.  I was struggling but persevering.  Little by little my parents began to see the accomplishments I was making and asked to meet my girlfriend.  They realized that my sexuality wasn’t a “phase” that I would grow out of, and truly accepted my lifestyle and embraced me.  Over the next few years, we slowly got back to where things were before.  They stopped going to church because they were upset with how the church treated me (amongst other reasons where the churches true colors were shown).

I never let my sexuality define my path in life or hold me back.  I used it as fuel to overcome any challenges that presented themselves.  I was always proud of who I was and the accomplishments I’ve made professionally and personally.  I continued to advance my professional sales career even in environments that weren’t welcoming to the LGBTQ community.  I quickly got out of those environments because I was not willing to make a company money that didn’t accept me.  This has led me to Hayden’s List where I hope to have a major part in eliminating discrimination for future generations.

Now, I look back at my life through these hardships and recognize the arduous path that brought me to the remarkable place where I am now.  Later this month, I’ll be marrying my future wife and gaining two amazing stepsons and my family are our biggest supporters!  (I think my mom texts my partner more than me at times which is amazing.)

I think what I would tell someone going through similar struggles of coming out and being accepted by family is that it takes time.  You have to focus on yourself, what makes you happy and control what you can control – which is you!  Just as it may have taken you years to feel comfortable to come out to yourself, you’ll have to factor in an equal amount of time for your family to come to terms with who you are.  So be patient, make yourself happy and everything will fall into place.  It certainly has for me.