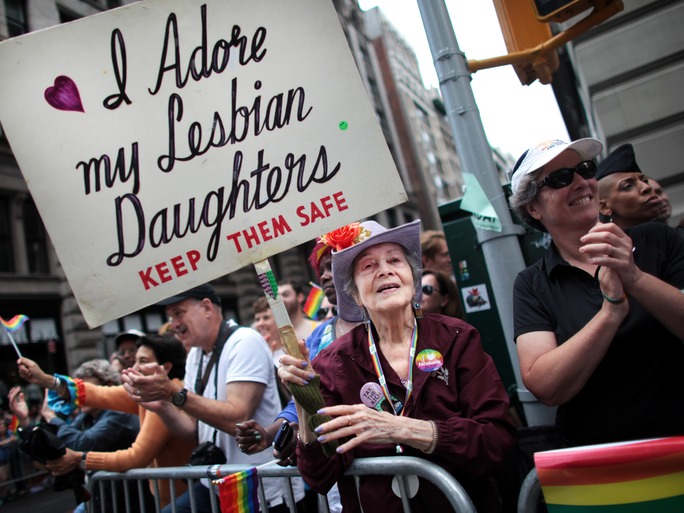 Difference Enriches Us All

Frances Goldin is a ninety-two year old literary agent, mother, and activist who has carried the same pride parade sign for thirty years. She’s a staple of New York City Pride with her sign that says, “I adore my lesbian daughters. Keep them safe.”

Goldin has two daughters, Reeni and Sally, who came out as lesbians in 1970. Goldin’s sign was made by a friend of hers. “Since the beginning of the parade, I’ve been going and waving my sign,” Goldin told BuzzFeed. “It sort of hit a nerve with people, particularly those whose parents rejected them. The response to the sign is always so great — it urges me to keep going.”

Photos of Goldin with her signature sign have been popular on Tumblr and other social media sites. She is a shining example of parental support for LGBTQ people. Goldin has even contacted other mothers on behalf of their LGBTQ children.

“I think I changed a few people’s minds and I’m glad about that,” Goldin said of her outreach to other parents. “Everyone should support their gay and lesbian children, they’re missing a lot in life if they don’t.”

In 1997 Goldin told The Washington Post, “Difference enriches us all.”