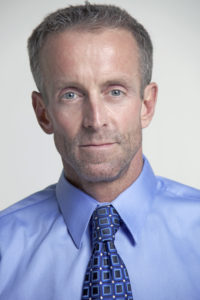 Back in the 90s, it was Sloan’s first assignment as a priest that sparked his passion for community service. He was stationed at St. Leonard’s house where he provided support services to help transition formerly incarcerated men back into society. “To see people achieve when the odds are totally stacked against them is very rewarding,” Sloan told me as we chatted.

Sloan has worked with the homeless, LGBTQ and AIDS service communities for over two decades. He has spent the last fifteen years with Chicago House, most recently as CEO, where he helped provide housing and employment programs for those disenfranchised by HIV/AIDS, LGBTQ poverty and/or gender nonconformity.

As Executive Director at Family EqualityCouncil, Sloan plans on doing an abundance of listening, especially at the beginning. He wants to get to know the staff, board members and donors so that he can help transfer their hopes and dreams into action. Sloan is particularly passionate about the fact that only 5% of the LGBTQ population support LGBTQ causes and he feels that needs to increase dramatically. “It’s a huge opportunity to create a different type of culture.”

He also wants to focus on LGBTQ income inequality. LGTBQ families and youth are twice as likely to go to bed hungry. Many LGBTQ community members and allies are unaware of this statistic. When he shared this with staff, board members and donors, Sloan said many people were brought to tears.

Sloan’s first week with Family Equality Council was not just all meetings. Sloan enjoyed his time at all the Family Week activities. He was particularly inspired by the Multi-Racial Ice Cream Social, seeing adults and children of all races running, playing, eating ice cream and having fun.

Beach Campfire was also a highlight, where 500 LGBTQ families spread out on the sand. Josh Tayloe, Hayden’s List Director of IT also attended the event and felt it was “such an inspiration to see so many different types of families within the LGBTQ community. We all discussed how it’s great for our kids to know they’re growing up in an inclusive environment and they’re not alone.”

Sloan hopes that his title of Reverend will help bridge the gap that exists for religious conservatives versus the LGBTQ community. As far as the so-called “Religious Freedom” laws that keep popping up, Sloan said the Family Equality Council will continue to work against these laws with other national coalitions. Sloan shared that the Family Equality Council is proud to have started the #StandwithTarget campaign, since Target received backlash for promoting gender inclusivity.

Hayden’s List congratulates Reverend Sloan on his new position. We look forward to expanding our partnership with the Family Equality Council.