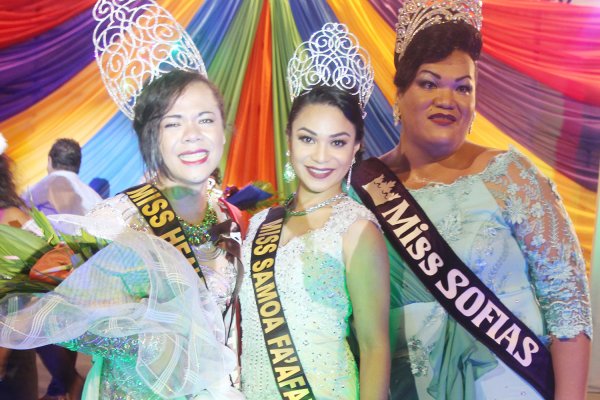 Who is Miss Fa’afafine?

Fa’afafine is a term that is unique to Samoan culture. It refers to biological males who are raised and identify as females. Velda Collins describes herself as “A woman trapped in a man’s body. We are unique from the lesbian and gay community around the world, we have our own identity.”

About 1-5% of the Somoan population identifies as fa’afafine and for the last 10 years Somoa has hosted the annual Miss Fa’afafine pageant. This year’s pageant will see nine contestants from various countries and across all ages as they compete for the title. Run by The Samoa Fa’afafine Association (SFA), the pageant generates funds which the SFA uses to raise awareness of human rights issues, especially the Samoan law banning homosexuality. This years pageant has added pressure to raise awareness of fa’afafine as a gender due to their feelings of attack from religious conservatives in Somoa.