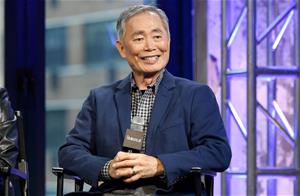 The Evolution of Star Trek

Actor John Cho of Star Trek Beyond announced to the Herald Sun that his character, Hikaru Sulu, will identify as a gay man and have a daughter with his partner. The impetus was to honor the original actor of Sulu, LGBT activist George Takei. However, Takei is not happy with this idea. He feels that Star Trek creator Gene Roddenberry and long time fans will not accept the change. “I’m delighted that there’s a gay character,” Takei says. “Unfortunately, it’s a twisting of Gene’s creation, to which he put in so much thought. I think it’s really unfortunate.”

Sulu’s daughter emerged in the 1995 Star Trek novel The Captain’s Daughter. The novel states that Sulu has a daughter with a “stunningly gorgeous woman.” Takei feels that this change is a poor way to honor Roddenberry, who was a strong supporter of LGBTQ equality. Takei also states that Roddenberry always envisioned Sulu as straight and changing his vision now is a poor way to honor him as the 50th anniversary of Star Trek approaches.

On the flip side, actor Zachary Quinto, also a member of the LGBTQ community is “disappointed” by Takei’s reaction. Quinto understands that Takei has a personal relationship with the character Sulu, but he points out that “we established in the first Star Trek film in 2009, we’ve created an alternate universe”. Quinto hopes that Takei can see the other side, which is “the enormously positive response from especially young people, who are heartened by and inspired by this really tasteful and beautiful portrayal of something that I think is gaining acceptance and inclusion in our societies across the world — and should be.”