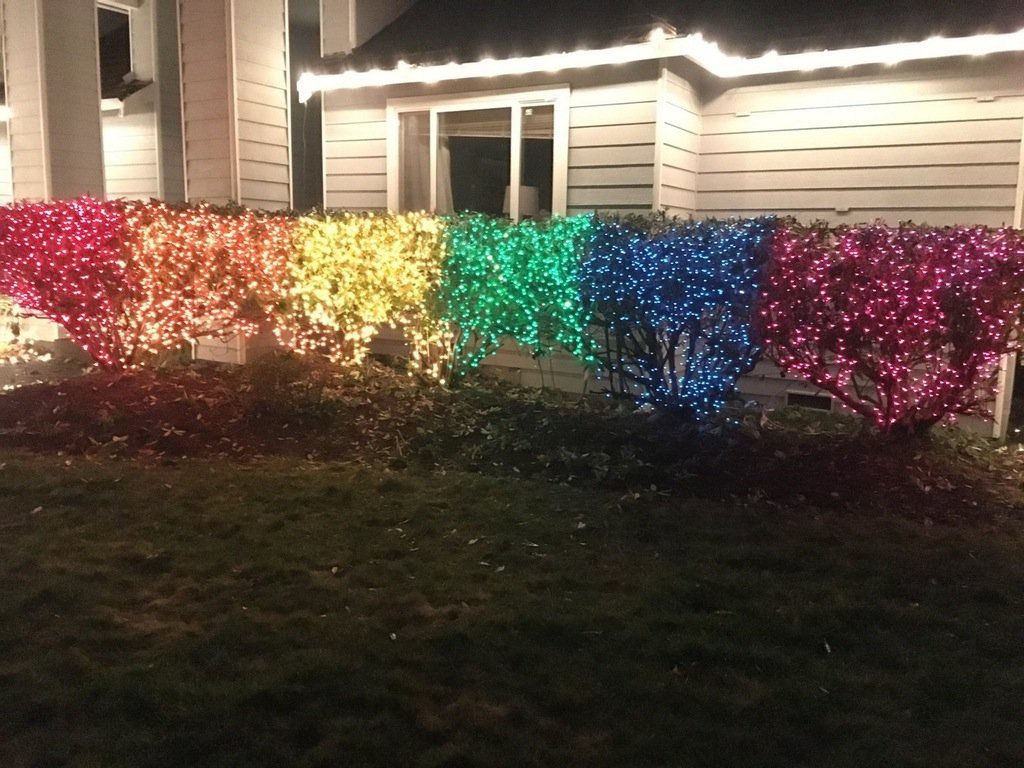 Lexi Magnusson, a Seattle mom who is new to the neighborhood believes her new neighbor found out she was raised Mormon and therefore thought making derogatory comments about the LGBTQ community was accepted.  But Magnusson did not start a neighborhood brawl.  Instead she decided to use her Christmas display to let her neighbor know where her family stands on LGBTQ issues.

Magnusson told The Huffington Post that she and her husband no longer attend the Mormon Church. Regarding her neighbor Magnusson said, “I imagine she thought we still held the same belief about LGBTQ issues as the Church does. We absolutely do not. It’s why I left the Mormon church.”

The neighbor told Magnusson that she had moved to protect her children from the dangers of a gay lifestyle. Magnusson said that she only responded verbally with “‘Your kids are going to be exposed to this no matter where you take them. Kids these days get it. They know not to be horrible to other kids based on how they were born.” Magnusson let her Christmas lights do the rest. She mounted 10,000 Christmas lights on the bushes lining her house in the color of the rainbow, the LGBTQ rainbow.

Looks like Magnusson’s neighbor may have to move again.  Merry Christmas!