We Are All God’s Children 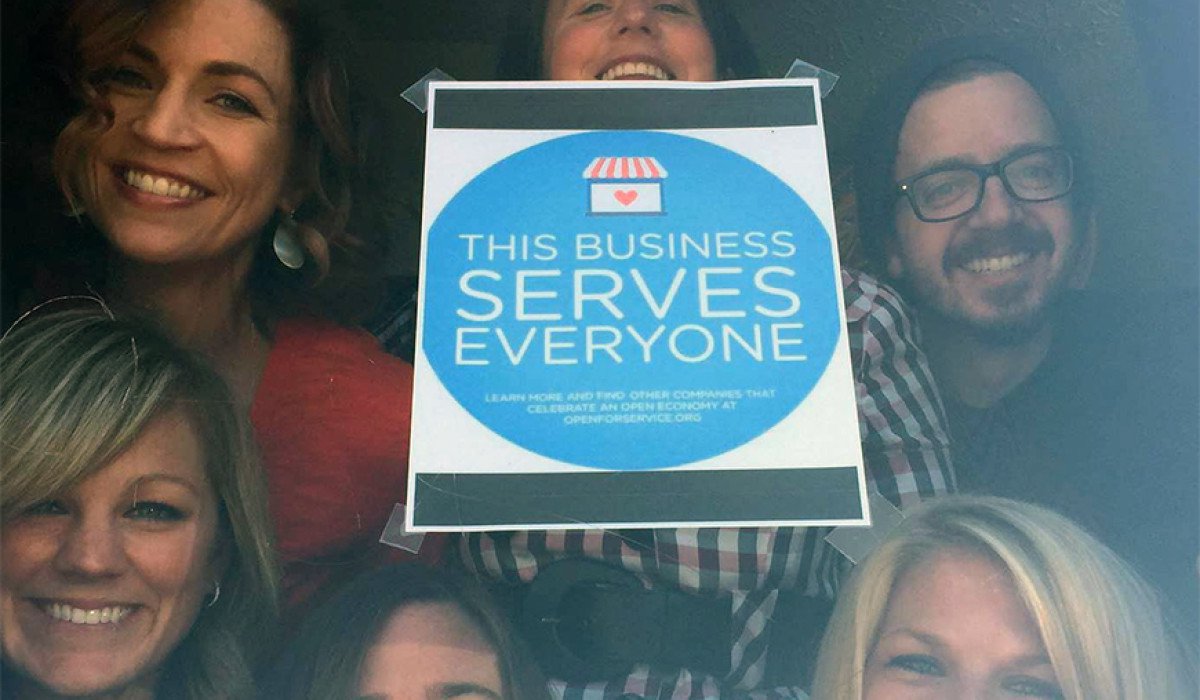 Although the corporate world has largely embraced diversity and inclusion practices, workplace advocates recognize that persuading small and medium-sized businesses to step up to the plate remains more of a challenge.

That’s not to say that those smaller businesses are not unaware of LGBTI issues – particularly in the US.

In fact, given recent high-profile court cases where businesses such as bakeries have refused service to same-sex couples, it’s something that most businesses owners have been forced into thinking about.

According to a survey released today, a majority of small business owners believe it is unacceptable for companies to withhold goods or services from lesbian, gay, bisexual or transgender people based on an owner’s religious beliefs.

The survey was undertaken by the Small Business Majority; a US-based small business advocacy organization.

The research took place in late April – before the SCOTUS ruling but while the issue of religious freedom bills was making headlines.

It was carried out by Greenberg Quinlan Rosner Research, who undertook an online survey of 500 small businesses.

The survey’s main findings were as follows:

• Two-thirds (66%) of small businesses say business owners shouldn’t be able to deny goods or services to someone who is lesbian, gay, bisexual or transgender based on the owner’s religious beliefs. Forty-five per cent strongly believe this. However, the remaining 33% believed that it was OK to deny services to gay people if it clashed with one’s religious beliefs.

• Eight in 10 entrepreneurs support a federal law to protect LGBT individuals against discrimination in public accommodations, such as restaurants, hotels and other businesses that are open to the public. Nearly half (47%) strongly favor a federal law banning this type of discrimination. Twenty per cent were opposed to any such federal law.

• Sixty per cent believed it to be wrong for a business owner to fire someone for being LGBT, while 40% believed it was acceptable.

You can read the full report here.

In its conclusion, the poll’s authors said: ‘These data show that small business owners don’t think it’s right for LGBT people to be turned away from a business for religious reasons, including wedding-related services.

‘Additionally, small business owners in this poll recognize the importance of protecting their employees, and they know workplace nondiscrimination policies that protect LGBT employees make smart business sense, help attract and retain talent, and that they’re the right thing to do.’

The results were welcomed by Josh Driver, the founder of Open for Service – an organization that helps businesses to advertises the fact that they are open to all.

‘Anytime we hear about LGBT rights in the US, Open For Service sees a surge in business registrations.’

‘Constantly, we get feedback from owners that identify as Christian and/or Republican who agree that turning people away is bad business. It’s understandable to see the news stories and assume that one group or another would gladly shut the door on someone, but in reality it’s just not the case.’

The survey was also welcomed by Deena Fidas, head of Human Rights Campaign Foundation’s Workplace Equality Program: ‘This study confirms that much of the business community, including small and mid-size businesses, believe that discriminating against the LGBT community is both wrong and makes for bad business.

‘But there remains a sub-group of business owners who, in the absence of consistent federal anti-discrimination protections for the LGBT people, will continue to act on their discriminatory beliefs.

‘The study highlights the need for comprehensive legislation to ensure LGBT equality in employment, public services, housing, and more.’

‘Ten years ago I think we would’ve seen a much higher percentage stating their acceptance of denying services, so I’m encouraged actually to see that more aren’t in favor of denying services,’ added Scott Tayloe, the founder of Hayden’s List, a business review directory for the LGBTI community.

‘I don’t think religion should be used to exclude people, when we are all God’s children.’