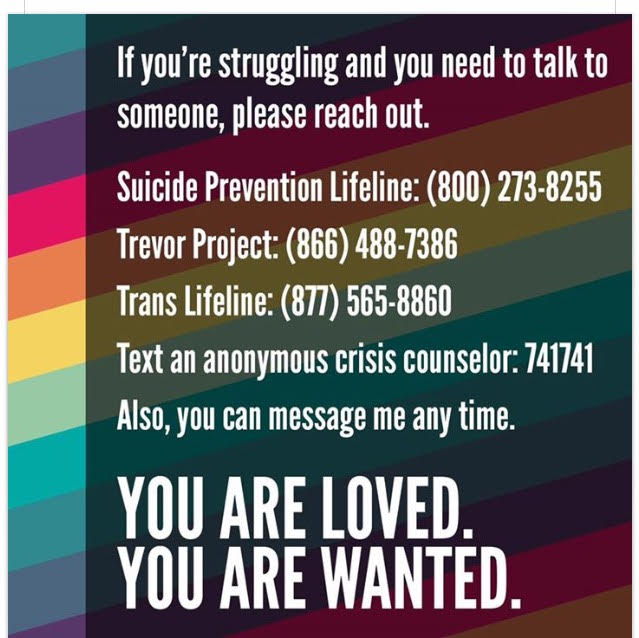 Many crisis and suicide prevention centers saw a large uptick in callers after the presidential election.

The Crisis Text Line which connects texters with crisis counselors reported an increase of eight times the normal volume as the election results become evident. Spokeswoman Liz Eddy said that on an average day, this crisis line sees about 1,000 texters. From 7AM on Election Day to the next morning the number jumped to 2,000. The number then doubled to 4,000 from Wednesday morning to Thursday morning.

Eddy also reported that “election” and “scared” were the top two words mentioned by texters in the twenty-four hours after the election.  The phrase most commonly associated with “scared” was “LGBTQ.”

The Trevor Project, the national leader in providing crisis and suicide prevention support to lesbian, gay, bisexual, transgender and questioning youth, also saw an increase in contact from the LGBTQ community.

“It’s been ongoing since Tuesday night,” Steve Medelsohn, Deputy Executive Director explained. “Young people are calling us who’ve never called us before. They’re scared, and they don’t know who to turn to.  Given all the rhetoric that they’ve heard leading up to the election, it makes sense that they’re frightened.”

More recently, Mendelsohn said, there was a spike in unanticipated calls in June, after the Pulse nightclub shooting in Orlando, Florida. The post-election volume, he said, is 70% higher than it was then.

If you or someone you know is having a mental health crisis or suicidal thoughts, no matter what the trigger, these national services exist to provide people with support and the reminder that they are not alone.

Beyond what a counselor can say directly, here are some ideas to help lift people up according to the National Suicide Prevention Lifeline:

Be there for each other.

Get back to a routine.

Limit exposure to conversations or media — social or otherwise — that aggravates feelings of hopelessness.

One of the best ways to help yourself, is to help others through acts of kindness and compassion. Volunteer at a place that matters to you. Get involved with a cause that speaks to your core.