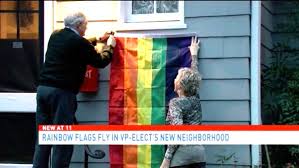 The Most Powerful Vice President Ever

Earlier in Donald Trump’s campaign, before Mike Pence was chosen as his running mate, former Trump campaign manager Paul Manafort, explained how Trump would run the country. He said the vice president of the Trump administration would really be the Chief Executive Officer or President of the company, seeing to the day to day operations. While Trump would act more like the Chairman of the Board, more hands off and be available when needed.

Manafort said “He [Trump] needs an experienced person to do the part of the job he doesn’t want to do. He seems himself more as the chairman of the board, than even the CEO, let alone the COO…  There is a long list of who that person could be.”   And now we know: that person is Mike Pence. Manafort’s quote and other commentary has suggested that Pence could be “the most powerful vice president ever.” Pence’s first duty is chairman of Trump’s transition team?  Filling all the major positions in the incoming Trump administration.

The main problem with the power shift to Pence is that he is one of the most anti-LGBTQ, evangelical Christian politicians to serve in Congress and as governor of a state. His history includes supporting conversion therapy, stating that marriage equality would lead to “societal collapse” and calling homosexuality a choice. Pence has said that stopping the LGBTQ community from marrying wasn’t biased, but was rather about compelling “God’s idea.”  After all, he was the one who, last year, signed the anti-LGBTQ Religious Freedom Restoration Act into law.

If Manafort’s predictions are correct, Trump will take a ‘hands-off’ approach on LGBTQ issues and allow Pence to get his way.  In fact, the assault on LGBTQ rights is already underway. That’s why we must pull ourselves out of grief, get fired up, and begin the fight right now.

White House staff, Brian Mosteller and Joe Mahshie, were united in marriage as Vice President Joe Biden presided over his first wedding ceremony; a same-sex wedding ceremony.  Gaystarnews.com reports, “Mosteller is a special assistant to President Barack Obama and the Director of Oval Office Operations while Mahshie is a trip coordinator for Michelle Obama.”