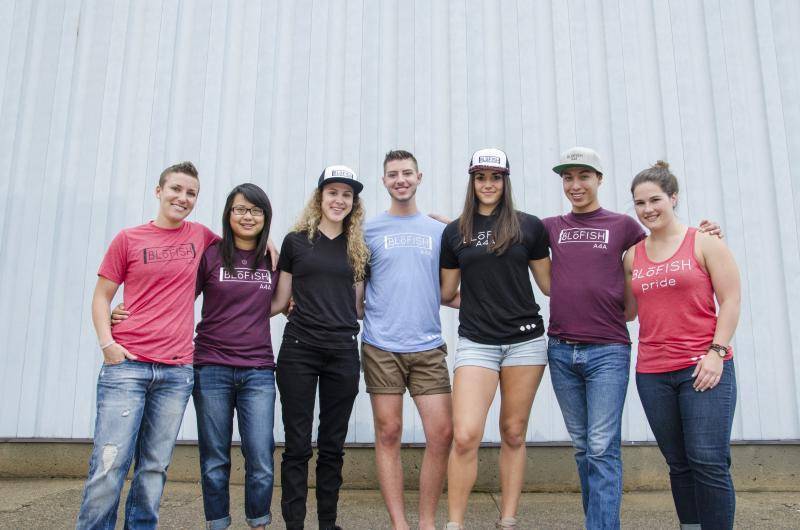 We all know how clothing stores work. You go in, find your gender’s section and shop within those parameters. Logan Manford, owner of BLōFISH Clothing, is looking to upend that norm and change things for good with what he calls, “the world’s first non-gender-specific clothing company.”

BLōFISH, which is currently operated online and out of Manford’s home, offers hats, tank tops, t-shirts and bracelets that are designed for both men and women alike. “The easiest way to describe it is, imagine walking into a clothing store, and, instead of worrying about men’s and women’s sections, everybody buys the same stuff,” Manford explains. “The fit is an in-between fit, basically.”

Although the clothes are remarkably comfortable and stylishly minimalist in design, it’s the ideology behind the product that makes it truly stand out. “Our slogan is all for all,” he contends. “So basically, no matter your sex, race, religious beliefs, sexual orientation, anything – we just believe everyone should have the same opportunity and be treated equal.”Logan Manford. 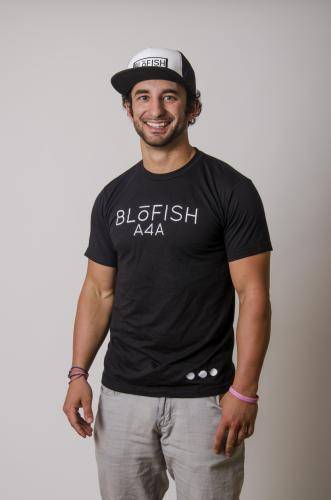 While Manford is currently in the thrall of success and rapid company growth, the concept of BLōFISH had an unlikely genesis. He finished his undergraduate career at Bellarmine University before working in construction for several years. He then returned to school and got his MBA from Bellarmine and finished in January of this year.

While on a cruise last year, one of his female friends was lamenting the fact that she didn’t have any clothes that fit her. To Manford, she said there should be a company called Boy Fit that made this kind of product, but he thought she said “Blow Fish.” Thus, the idea was born and there was no turning back.

Later that year, Bellarmine sponsored a contest called The Search for the Next Big Thing in the style of the television show “Shark Tank.” In just one week, Manford, with the help of his friend Brooke Willoughby, brought the idea of BLōFISH into reality, and it was a hit at the competition. “Everybody loved us, but they said we were too young – and honestly we were just a week old,” Manford remembers.

From there, he and his group of volunteers – Manford remains the only employee of the company – circulated different festivals and events promoting and selling the clothing. As BLōFISH visited several pride festivals, the gay community quickly latched onto the concept. “It’s just such a tight-knit community and everybody’s so supportive,” he says. “They just really picked it up and helped us run with it.”

Now, a little more than a year after the competition at Bellarmine, BLōFISH is finally on its feet. “This past month, we’ve sold almost more than we did all last year,” Manford reveals. While the company’s overwhelming success certainly is at least partially due to its product and concept, it could also be due to its philanthropy. “My overall view is I want to give back,” Manford asserts. “Money is important to me, yeah, but 10 percent of our sales go straight to a charity that we rotate every month. Not profit. Sales.”

For a start-up company, that’s a hefty amount to be donating away, but Manford sees it as integral to BLōFISH’s identity. “I want to be able to give at least $50,000 to $60,000 to charity every year,” he says, with hopes to increase that number significantly. But that isn’t his only ambition. His two-year plan is to have three locations: one in Louisville, one in Nashville and one in an undetermined location. And beyond that, “the five year plan is national.”

His first location is slated to be up and running by the end of the year, possibly located in NuLu. From there, he plans to continue his wildfire success. “It’s always been my dream to give back to people and to own my own company,” Manford contends. And thanks to BLōFISH and its principles, it’s clear he is indeed living his dream.