Hayden's List > Growing Up Hayden > Uncategorized > Vote! When People Raise Their Voices There is Power 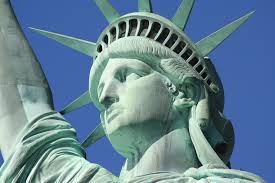 Vote! When People Raise Their Voices There is Power

While this is certainly not the case for Everyperson in Everytown, USA, it seems that something is happening across this nation.  Some of us have begun to remember that what we want matters.  Those of us who were napping or not getting to the polls or forgetting to ask for an absentee ballot have started rubbing our eyes, asking ‘Wait, what?’  If we weren’t before, we’re sitting up and tuning in.  More of us have started to care more and as a result, things are shifting.

Unlike in other countries where voting is compulsory, in this country, it’s “just” an option.  This is, of course, another one of the many freedoms Americans enjoy: choice.  We have the option to care or not care.  It seems that in order for us to care most, the things we care about most must be threatened.  Our freedom must be at stake.  And that’s the thing: there’s a lot of freedom at stake, depending on which way things go, depending on who’s voting and how they vote.

Election day feels like the perfect opportunity to take a minute and be reminded of what the Declaration of Independence states:

When in the Course of human events, it becomes necessary for one people to dissolve the political bands which have connected them with another, and to assume among the powers of the earth, the separate and equal station to which the Laws of Nature and of Nature’s God entitle them, a decent respect to the opinions of mankind requires that they should declare the causes which impel them to the separation.

We hold these truths to be self-evident, that all men are created equal, that they are endowed by their Creator with certain unalienable Rights, that among these are Life, Liberty and the pursuit of Happiness.–That to secure these rights, Governments are instituted among Men, deriving their just powers from the consent of the governed, –That whenever any Form of Government becomes destructive of these ends, it is the Right of the People to alter or to abolish it, and to institute new Government, laying its foundation on such principles and organizing its powers in such form, as to them shall seem most likely to effect their Safety and Happiness.

Voting allows us the freedom and the right to “alter or abolish” and institute the new.  No, it doesn’t happen overnight.  But as Americans we’re fortunate to have had keen foresight from our founding fathers.  Thanks to their vision of freedom and equality, we have a foundation which allows for change, should we want it.  And it certainly sounds like we want it.

When people raise their voices there is power.

Blog entries we love about voting:

Seth Godin’s “I’m not a Cobbler”