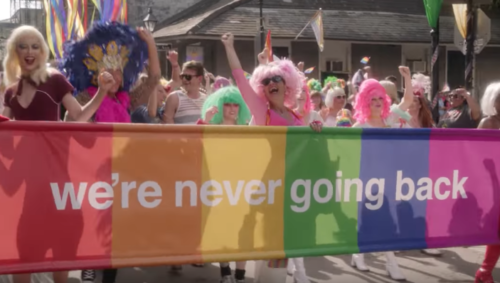 You may remember the announcement in July that the NBA decided to move the 2017 All Star Game from Charlotte, North Carolina because of the passing of North Carolina House Bill 2 (Read the HL blog here). The bill, now law, eliminates anti-discrimination protections for the LGBT community and prohibits transgender individuals from using bathrooms in public buildings that do not match their birth gender.

The decision to move the All Star Game started with Rick Welts, President of the Golden State Warriors, who is a member of the LGBT community.  At the NBA’s Board of Governors meeting in early July, he told league owners that he would not feel comfortable attending the All Star Game in Charlotte because of the passage of House Bill 2.  NBA Commissioner Adam Silver also announced that week that the North Carolina law was “in conflict with our core values…” and because of that, the league questioned the location of the All Star game.

On July 21, it was officially announced that the NBA was moving the All Star Game. Other NBA cities now had the chance to submit bids to host the game.  What’s normally an eight month process, New Orleans competed in twenty-nine days. On August 19, Commissioner Silver advised New Orleans that their bid was accepted and called the city “a world class destination for sports and entertainment.”

The move to New Orleans also stands out for another reason.  While North Carolina removed anti-discrimination protections with House Bill 2, Louisiana added protections for the LGBTQ community.  In April, Louisiana Governor John Bel Edwards signed an executive order into law that prohibits discrimination against public employees based on sexual orientation and gender identity. Louisiana is the only state in the south which has NBA teams (Texas, Oklahoma, Georgia, Tennessee, Florida and North Carolina) to have this protection.

Hayden’s List would like to thank New Orleans for being so welcoming to the LGBTQ community. Do you agree that NOLA is LGBT friendly? Check out New Orleans reviews here or submit one and let us know in the comments.

New on “The List:” Clover Grill in New Orleans, LA

A New Orleans traveler let us know about their favorite spot when in ‘The Big Easy.’

“I have been here multiple times and they are very LGBT friendly here. Small diner with fabulous food and atmosphere. Would recommend this place anytime you are in New Orleans.”

So where can you find this review on Hayden’s List? Stay tuned to find out….you may see New Orleans on “The List” any day now!