Not Everything is Rainbows and Butterflies 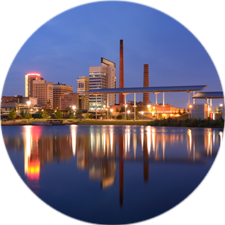 Not every establishment is filled with rainbows and butterflies. But that’s what Hayden’s List is here for. Check out what several Birmingham reviewers have to say about this retail establishment. You can read all the reviews here in the Retail Section of the Birmingham, AL page.

Business owner moved to tears by outpouring of support after she stood up for LGBT rights.

The owner of a Greek restaurant in La Crosse, Wisconsin, was moved to tears over the weekend at the show of support and gratitude she received after shutting down a homophobe on Facebook.
Despina Kozidis, AKA Gracie, is the owner of Gracie’s Gyros and Wraps on Campbell Road.

When a woman posted a message on a La Crosse Foodie Facebook page seeking recommendations for places to eat in the town, Gracie took the opportunity to post a message last Wednesday about her business.

That should have been the end of the matter, except for the fact that Kozidis had recently changed her profile image to incorporate a rainbow via the Facebook rainbow filter app.

Her posting was spotted by local Tea Party activist, Greg Luce, reports the La Crosse Tribune. He clearly didn’t like the fact that Gracie was a visible supporter of LGBT rights, and posted a message saying that he would no longer consider using her business.

‘Hi Despina. I saw your post on La Crosse Foodie. I love gyros, but I detest people with rainbow filters on their picture. It’s an abomination that we are being forced to condone deviant sexual behavior. I will NOT be visiting your restaurant, I’m sorry.’

Kozidis was shocked. She had not expected negative commentary and was thrown by what to do. She phoned her daughter, Sofia Kozidis, for advice.

‘She was freaking out,’ Sophia told the Tribune, before explaining that her mother had experienced intolerance and bigotry while growing up in Greece but had not expected to encounter the same in the U.S.

‘The culture that she’s grown up in is sometimes not very accepting, but in coming to the U.S., being a single mother, having a business, she’s learning every day how to be a part of the community, how to be accepting.’

Mother and daughter thought long about what to do, before deciding that they didn’t think a customer with views such as those voiced by Luce would be welcome at their establishment. So, Gracie answered with the following message.
‘That’s great! We prefer to have accepting, coexisting consumers. It seems we have come to an agreement that it is best for both parties that you do not visit my business. Thank you.’

Any fears Gracie may have had that her stance would lead to negative recriminations against her business were quickly dispelled. She received message of support on both her own Facebook page and the page of Gracie’s Gyros and Wraps.

After the end of business on Saturday, the following message was posted on the Gracie’s Gyros and Wraps page:

‘We want to thank each and every single person who commented, sent well wishes and love and traveled to come and see Gracie at the restaurant today.

‘We were not prepared for the overwhelming outpouring of love and support. So, if you did not get served as quickly as we would have wanted to serve you, please accept our deepest apologies!

‘Come back and we now know how to handle this.

‘This was completely unexpected and very much appreciated. Gracie, at one point, had to go into the kitchen and cry from the level of attendance and show of support.

‘You will never know just how much this means to her and her family. So please, accept our sincere apologies for any inconvenience that may have been caused today. We love you. We want to see you again. We are closed tomorrow but Monday will bring a new day and better preparations for all the love coming our way!’

Another posting simply said: ‘At Gracie’s we love everyone. Food does not show discrimination; food does not judge and everyone is welcome under a roof of love here!’

Speaking to Gay Star Business, Gracie said that she had been ‘shocked’ by the support she had received over the last few days: ‘I’m still in shock’.

Although she had received ‘a couple’ of negative comments on social media, the positive comments had greatly outweighed the negative.

A spokesperson for 7 Rivers LGBTQ Connection, a local advocacy organization that promotes LGBT-friendly businesses, told Gay Star Business it was great to see the establishment get such support.

‘It makes her willingness to make the exchange and her position as a welcoming and inclusive business member a more powerful gesture.

‘We are so grateful to see such a large number of our community rally around her with appreciation. It’s a powerful moment in time for our community here in the rural Midwest region our organization serves.’

Have you been to Gracie’s Gyros and Wraps?

Submit a review for them and encourage everyone to head to Gracie’s!

Source: Business owner moved to tears by outpouring of support after she stood up for LGBT rights – Gay Star News

“Tell Us Tuesday:” Heyyy y’all Nashville is coming out!

“I admire this town a lot. They take care of their own. There’s not a lot of places in the world, much less America, that do that. It’s just a great place.”

Nashville is HL’s newest city on the list! We want to know what businesses in Nashville are LGBT friendly and not so friendly. Check out our Nashville page here. Let’s do as JT suggests and take care of our own. 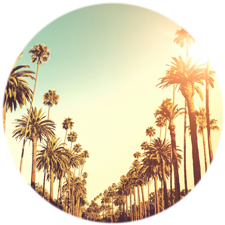 Check out their review in the Professional category of our Los Angeles page.

Finding a doctor is never easy. This Middletown reviewer is making it a little easier for us all. Check out this glowing review.

“Going to a GI Doctor is not always the easiest or most comfortable doctor visits one likes to go to, especially when needing to be examined. What makes Dr. O’Connor stellar is his professional but personal demeanor in listening to you and…”

Read the full review in the Medical section of our New Haven page!

With so many mixed responses to the SCOTUS ruling last week, it’ll be interesting to see what companies and politicians begin to ‘come out’ as LGBT friendly.  So far, here are our favorites — the brave and the first few to publicly declare their stance.  Who’ll be next?

“You didn’t do anything to deserve being bullied.”

This is an old video, but it’s more valid today than ever.  We’re glad that even five years ago this was on the White House radar.  We especially love that the president publicly recognizes  that the LGBT community makes the country a better place.

Nine: Allstate “Safe in My Hands”

“If you could only see, there is only light where you think there’s shadow.”

A cartoon that comes to life, we love this ad, every single time we watch it.  And yes, like you, we sing along.  Well done, Allstate.

“The fear of loss is stronger when truly has something to lose.”

This short film, narrated by Lily Allen is so clever, cute and romantic we find it irresistible.  Watch it but beware, it’ll make you’ll fall in love, too.

“We couldn’t keep all this love and luck for ourselves.”

The gay couple who never thought they’d have kids because they were gay.  They met on a blind date, fell in love, and have a beautiful daughter now.

Burger King takes a very simple idea to creatively illustrate a beefy point.  Some people get it, some people don’t.  This is a great idea…and frankly, our stomachs are growling.

Two moms learn sign language so they can communicate with their future adopted daughter.  Loving and warm and moving it’s illustrative of the exemplary extent some will go to fulfill a dream and become a family.

“I’ve always known who I am.” #SeeTheRealMe

Before Caitlin Jenner’s time, there lived a girl named Jazz Jennings, a girl trapped in a boy’s body.  This commercial is a testament of bravery and being true to one’s self.  Go Jazz, you’re an inspiration to all of us!

“If these people knew that I was trans and we were queer, would people talk to us?  Would they be kind to us?”

This video is remarkably representative of a large cross section of real-life LGBT couples.  Mixed race, sixty-plus, queer, gay, lesbian, transgender; this is one of our favorites because it is so very human — the thing we all have in common — and therefore has the capacity to conjure great compassion.

“Family isn’t defined by who you love but how.” #HowWeFamily

This ad is a three-minute rendition of “Father of the Bride” on LGBT steroids.  A father comes to terms with the fact that his daughter is a lesbian and will be marrying a woman.  Mother and father of the bride fly across the country to attend their daughter’s wedding and really glorious, real moments are captured of this family’s love and acceptance.  A candid and genuine portrait.  Have your tissues ready.

New on “The List:” Clover Grill in New Orleans, LA

A New Orleans traveler let us know about their favorite spot when in ‘The Big Easy.’

“I have been here multiple times and they are very LGBT friendly here. Small diner with fabulous food and atmosphere. Would recommend this place anytime you are in New Orleans.”

So where can you find this review on Hayden’s List? Stay tuned to find out….you may see New Orleans on “The List” any day now!