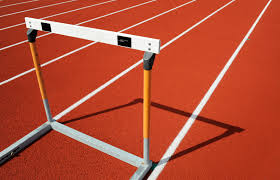 Like any new venture Hayden’s List is facing challenges. Our biggest challenge so far? Getting people to leave reviews. Sure, there are loads of people leaving reviews but the truth is, lots of people who believe in what we’re doing and who are vocal, supporting members of the LGBT community say they’re very excited to leave a review and then just don’t. We wanted to know why so we’ve asked around and received good feedback. Here are the reasons why people aren’t reviewing, including our responses:

Hurdle Number 1:
People don’t want to review a company or service provider solely based on LGBT-friendliness.

HL: There are a lot of good service providers out there who aren’t just providing good service to LGBT community members but to everyone. Would-be reviewers are finding they don’t want to review because they don’t want to “limit” the business. We understand this and we appreciate the open-minded attitude. The thing is, there are a lot people in the world who aren’t “out” yet or don’t plan on being “out” and would like to know where they might be treated fairly and equally regardless of their sexual orientation. Whether openly gay or lesbian, straight, male, female, asexual, trans; whichever way you identify or choose not to identify we are all Hayden’s List and this is our entire mission: we want to direct our community to those with open doors.

Hurdle Number 2:
People don’t want to “out” themselves by leaving a review.

HL: You can leave a review anonymously. Hayden’s List asks your first name and email address because we must verify the authencity of the review. The information provided remains anonymous and only the review is publicized.

Hurdle Number 3:
People think it takes a long time to leave a review.

HL: Actually leaving a review takes less than a minute. Some of our best reviews are less than five words.

Hurdle Number 4:
People don’t want to inadvertedly “out” a business owner by leaving a review about how LGBT friendly they are.

HL: One’s choice to be publicly “out” or not is a delicate matter that should be handled with respect and discretion. Reviewers should remember that just because a service provider is LGBT-friendly and is noted for being LGBT-friendly does not automatically categorize them as being openly LGBT themselves. As for worrying about “outing” to the larger community, chances are those who aren’t supportive of the LGBT movement aren’t spending much time looking at who’s reviewing and being reviewed on Hayden’s List.